Trustpilot is one of the best-known review websites on the internet, With their star rating often being seen on business websites. Businesses have a lot of reasons to like Trustpilot more than other competing review websites.

Some of the tools that Trustpilot gives businesses to remove reviews are easily abusable. This is why you will often see the Trustpilot score listed on tech support scam websites.

The Trustpilot Tool That Helps Scammers Keep a Clean Image

Trustpilot gives business owners tools to flag reviews as not being from a real customer. If they decide to flag your review, you will need to submit evidence that you purchased a product or service from that business within seven days.

This is because Trustpilot only allows reviews from customers of a  business. Which means if a business tries to scam you, you will be unable to write a review warning people of that scam.

Tech support scams take advantage of this by flagging all reviews that call their services a scam. And as those people were not taken in by the scam, they are not customers and thus will have their review removed.

The reason why non-customer reviews are banned on Trustpilot probably has something to do with trying to stop fake reviews. Unfortunately, such a policy has the side effect of silencing people who are trying to stop normal people being scammed.

I think that Trustpilot should share some of the responsibility for the people who are scammed by fake tech support. As by removing scam warning, Trustpilot is knowingly allowing scammers to operate using their platform.

The Fake Reviews That Stay up on Trustpilot 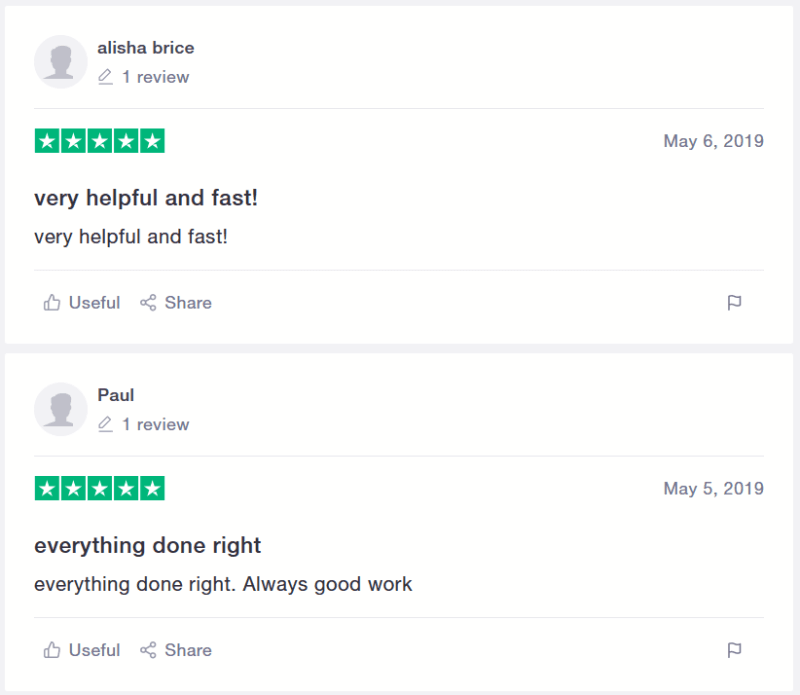 On top of real scam warnings getting removed by Trustpilot. The tech support scammers have been able to get away with posting fake reviews on their profile.

You would think that Trustpilot would take the problem of fake as seriously after the company got a lot of negative press. Blatant fake reviews are left upon the profiles.

What’s worse is that when someone posted a review on a tech support scam pointing out the fake review, it was removed by  Trustpilot.

The reason given for removing the warning was that it risked offending. That’s right,  Trustpilot cared more about fucking feeling that stopping people from being scammed.

In closing, The actions by Trustpilot have shown the company to be at least complacent with the scams. If not knowingly allowing the scammers to use their platform to gain false legitimacy.

About Matthew Christopher Morgan
John Doe's true identity is unknown. Maybe he is a successful blogger or writer. Nobody knows it.