WorldofMatthew.com
Written by a Human. 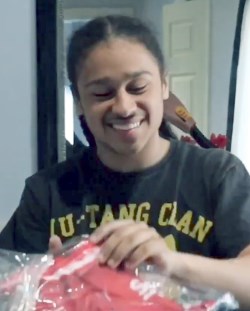 Henry Shepherd is an American amateur BMX’er who shares videos of his BMX antics on both his YouTube channel (LI Brakework) and Instagram profile (libw.h_blocks), including videos of “rideouts” were he takes part in an event with a group of people who thinks it is a good idea to ride their bikes on the wrong side, ride on footpaths/sidewalks and just be annoying to both pedestrians and car drivers.

On the 6th October 2016, he posted a video on his YouTube channel which taught people how to get peoples’ IP addresses (Grabify) and how to use a DDOS-for-Hire service (IP Stresser) in order to DDOS other people.

It is obvious that what he is teaching people to do is very illegal, so you would hope that the person does not turn up the illegality notch up to eleven by showing that they used the booter service they are showing off, and especially does not show the IPs he has DDOSed using that service.

Oh, that right he did show his account which listed all of the DDOS attacks he has launched with IP Stresser, which makes me think that this person does not know they have just committed several potential felonies and published the evidence to YouTube.